I also call it the poor man’s diet. It does not refer to one’s status in life but about ‘making the best out of the resources you got’. This is what I have been practicing in my diet. I stick to what I am used to eating, to what I enjoy eating. The difference is I mix and match my ingredients to make my food as healthy as possible. The other important component I need is knowledge about right food. So -  I increase the veggies together with meats. Reduce my carbs but make up with proteins or grains...and so forth and so on.

Unless you are born and raised in a place  where food are mainly processed carbs, sugars and preserved meats and canned goods, and where eating veggies is a form  of sacrilege in your culture, then you need to study more about diet or at least resort to the different diet fads in the market that  can both educate and provide you with right nutrition. Unfortunately, you’ve got to pay for that.

I know it is very ideal to be so rich you can hire your personal butler and a chef who will do all the thinking and cooking for you to be healthy - a privilege accorded to well… the privileged. The rest of us 99 percent, have no option but make do with the what we got.

But generally speaking, there are a few evidence based facts I would point out: Body Mass Index below 25 generally leads to healthy and longer life while BMI over 25 and especially over 30 leads to unhealthy and shorter life. In other words - the thinner you are, the longer you live, the more obese you are the shorter you live. That simple.

But oh if  only it was just as simple as that! In my experience as  a hospital worker, I’ve seen and heard more running injuries and deaths due to accidents, not due to over running or over training. I’ve treated a runner who became a quadriplegic after being hit by a car while training for a marathon. I’ve also treated a slow runner who had a stroke. Worse than that, some of the most revered and greatest runners  in the world died while running. I am speaking anecdotally here, of course, but  I need to look at all this in proper perspective. I can be standing in a street corner and die if that is my fate. If we look at causal effect, I think over exercising may cause as much health problems as smoking, drinking, drug use, cancer, genetic problems, heart attacks due to stress etcetera. In other words, I don’t really need to worry much about all these recent studies against over training or over exercising, personally, exercise is all about having fun and disciplining oneself. Accomplishing something is so much better than doing little or nothing just because an article said I have a .00001 percent of dying from it. When I don’t feel good, I rest. When I feel good I go to the gym or  run outdoors. When tired, I rest. It is as simple as that.

Now, that is just how I look at life. You see, I’ve seen patients who would do anything just to function normally again and some would give all they got just to take one step again in their lives. Those are the people I see everyday.  And let me tell you one more thing I see: Some of my patients would also give anything just so they could eat the food they love eating instead of the food the Doctors prescribe them. There is cardiac diet, diabetic diet, kidney diet, think of all the kinds of diseases out there and most likely there is a diet for them. God forbid you suffer from swallowing problems too after a stroke! Then you’d end up in a puree diet (to prevent choking) and I have yet to find a patient who loves that nectarized food.

So my personal perspective on this is - why wait for a Doctor to prescribe you a diet when you can eat what you love eating provided you mix and match it in the healthiest way possible? If you have hypertension, by all means find ways to eat food that contains the least salt, if diabetic, find ways to render your food less on carbs. It is you who will find (via Doctor visit) early on in life what your diseases are and how you’d manage them through education, medication, consultations, diet, proper exercises. You don’t want to end up in a hospital with a heart full of regrets saying (and I hear this all the time): “I wish I have lived my life differently!”

It is less distressing to say to yourself that you have tried everything you could to keep healthy yet you failed rather than you wish you have lived your life differently before the catastrophe happened. I’ve seen patients who worked their lives without vacation, without relaxation only to end with stroke on their first day of retirement. I have seen people who earned their PhD, became very prominent professors and consultants and end up alone on a hospital bed unable to move or talk. I have listened to their voiceless thoughts and stared at their eyes full of shock and bewilderment asking why.

And that is what propels me into doing what I am doing now and blogging what I blog. I don’t want to regret having done nothing to address my health. I want to speak now before some catastrophe prevents me from doing so.

Ok. Enough preaching to the choir! I know lots of us already know and are convinced at what I am saying. My goal is simply to reinforce what we believe and know. A reminder of sorts.

Going back to Third World Diet, I  am impressed at how I could mix and match different foods in a First World country like U S A to mimic what I used to eat in the Third World where I came from. I am also lucky that growing up, my parents ‘forced’ me to eat all kinds of food though I hated them at that time. Vegetables? Oysters? Fish? I hated them until I fell in love with them. Food tastes are acquired, not inherent.

With food,  I follow certain simple techniques. I count my food cumulatively, not by meals. Meaning, if I limit myself to 100 grams of carbs per day, I count all the carbs I ate since waking up. If I’ve reached my limit of carbs at breakfast, I’d have no more of that for lunch and dinner. So to enjoy my meals, I mentally divide my ’requirements’ throughout the day. The operative word is ‘estimation’. Since I am diabetic (non-medication), I constantly monitor my blood glucose level all the time, especially when I suspect of over-eating, over-exercising, stressed, deprived of sleep.  I also procured myself of BP reader.  It is so much easier to have these health-monitoring devices and at the cheapest possible costs.

So I limit carbs and salt. And I run a lot (as you can see from my blogs - I will soon blog about exercise requirements for diabetics like me). But I make sure I still enjoy my meals.

It is not much about depriving yourself of certain foods. You just cut their portions. A banana is full of sugar but you don’t need to avoid it. You just eat a small portion of it. Actually, a diet to manage diabetes is probably the best diet in the world :). I easily cut down my weight by 7 pounds in roughly 6 weeks. Well, I also do  miles of running alongside the diet.

Here are samples of my Third World dinners: 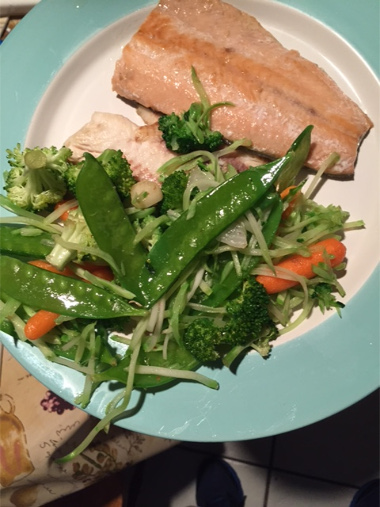 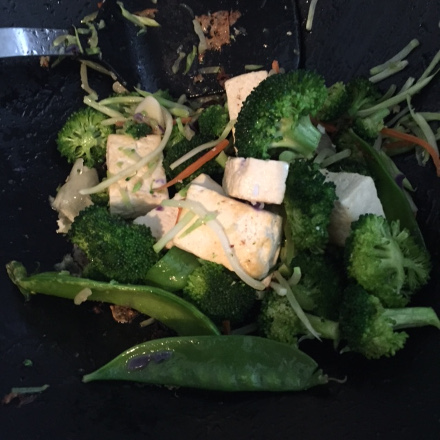 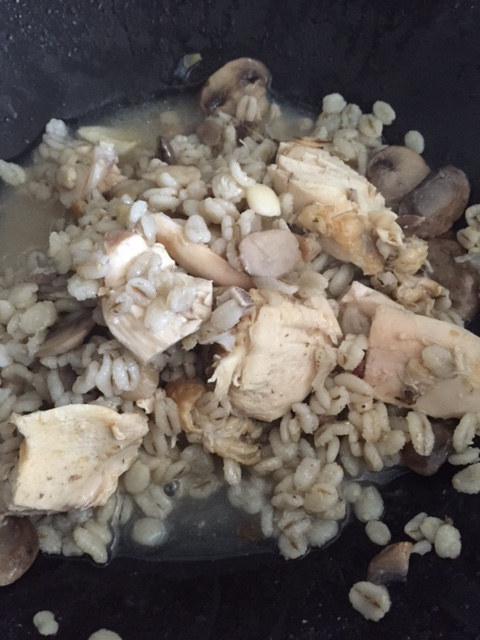 barley soup with chicken and mushrooms